Detection of phosphorus species in water: technology and strategies 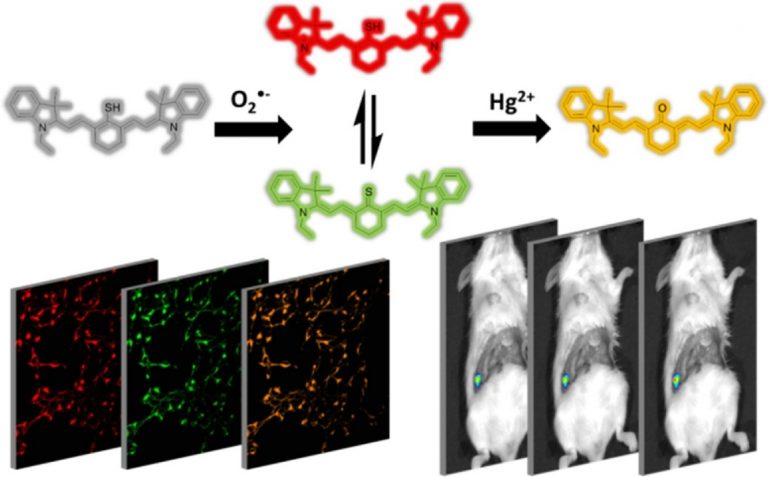 Development of a novel near-infrared fluorescence light-up probe with a large Stokes shift for sensing of cysteine in aqueous solution, living cells and zebrafish 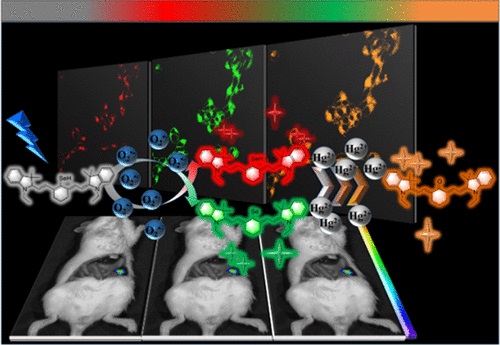 As a cytotoxic heavy metal ion, mercury(II) ion (Hg2+) induces severe oxidative stress and further results in physiological dysfunction. Although mercury poisoning can be treated with many drugs, such as sodium selenite, the therapeutic effect is relatively poor, and it seems that the damage to human health continues. However, the interpretation for the pathogenesis has not been clarified yet. We supposed that the reason is attributed to Hg2+-caused intracellular oxidative stress. To confirm our hypothesis, we strived to design a three-channel ratio fluorescent probe, HCy–SeH, for superoxide anion (O2•–) and Hg2+combined detection. O2•– is a vital precursor for other reactive oxygen species (ROS), which is involved in many physiological and pathological processes. However, until now there is no efficient chemical tool for O2•– and Hg2+ combined detection in cells and in vivo. The fluorescence response of our probe is initiated by a hydrogen abstraction reaction from the hydrocyanine fluorophore moiety. Once oxidized by O2•–, HCy–SeH recovers its π-conjugated system back to a heptamethine cyanine derivative, Cy–SeH. Cy–SeH coexists with its conjugate base, Cy═Se. One emits red fluorescence, and the other one emits green fluorescence. The response unit, −SeH, can trap Hg2+ via a Se–Hg antagonism reaction to afford an orange-emitting final product, Keto–Cy. The probe offers high selectivity and sensitivity toward O2•– and Hg2+. When applied for O2•– and Hg2+detection in HEK 293 cells, the imaging results indicate that our probe can provide a combined response for O2•– and Hg2+ in real time and in situ. Flow cytometry analysis is well-consistent with the results from fluorescence imaging. When applied to image O2•– and Hg2+ in mice models, we find that Hg2+dominantly accumulates in the kidney and induces a burst of O2•–. We confirm that chronic mercurialism can cause severe oxidative damage and renal fibrosis. HCy–SeH further provides a new information that, even when intracellular Hg2+ has been antagonized, the outbreak of O2•– caused by mercury poisoning still lasts.

Development of a novel benzothiadiazole-based fluorescent turn-on probe for highly selective detection of glutathione over cysteine/homocysteine. 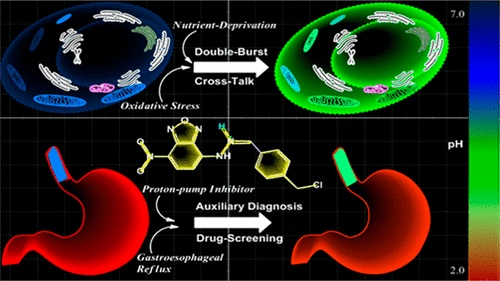 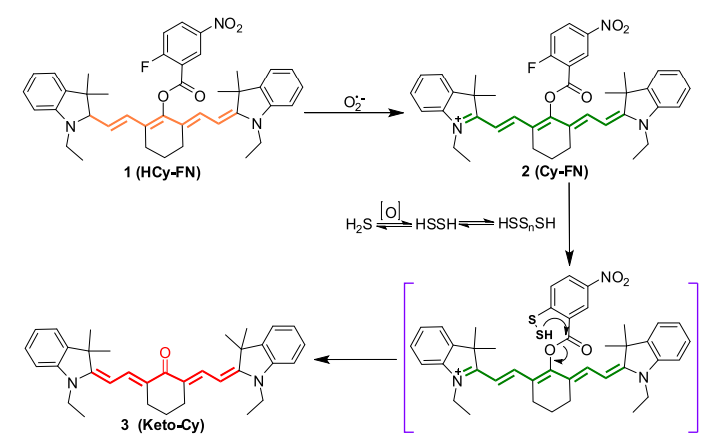 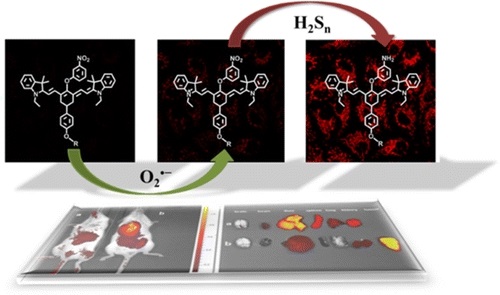